↓ Skip to Main Content
Home › Blog › Writer’s Block is a Myth, but Here are 6 Tips to Get You Through

Writer’s Block is a Myth, but Here are 6 Tips to Get You Through

writerspark Posted on January 25, 2022 Posted in Blog No Comments 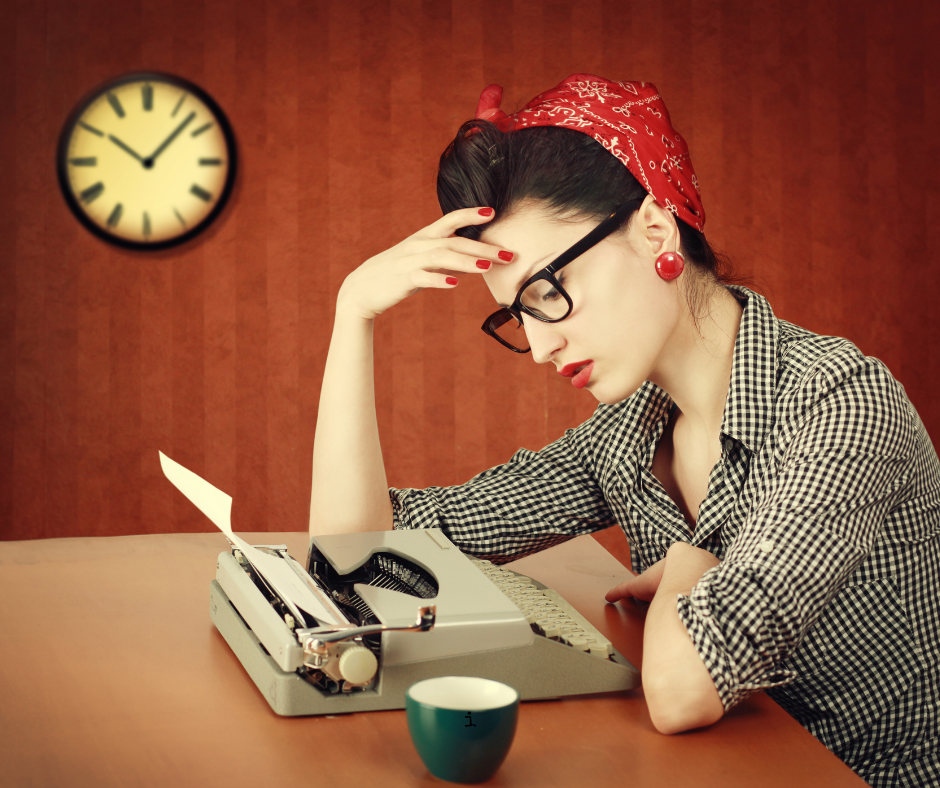 Writer’s block is a phrase that gets tossed around a lot in the writing world. At writing conferences; at workshops; at organization meetings. I’ve been asked time and time again, “Do you get writer’s block?” or “What do you do when writer’s block happens?”

I used to say something to the effect of, “Oh, I just wait it out,” because, basically, writer’s block means you can’t write anything. You’re stuck. You are out of ideas. So what else can you do but wait?

I used to believe all of that. My muse deserted me! That’s it, my idea well has dried up! I’m just stuck, stuck, stuck!

Until one day I realized that my muse hadn’t left me, at all. And I had plenty of ideas, I just had to tap into them. And sure, I might be stuck, but I could get unstuck.

I realized, on a broader level, that the reason my words were ‘blocked’ was because:

A)  I had taken a misstep in my project somewhere

I would venture to say that many people who get “writer’s block” are more pantsers than plotters. If you don’t know what you’re going to write next, then how in the world are you going to write it? Maybe most of the time you’re lucky and the ideas flow organically, organization be damned!

But my philosophy is this:

If you have a fairly clear idea, some sort of an outline (12 steps of the Hero’s Journey, 3 Act Structure, Snowflake Method, 16 Beats), you’re going to know, at least in some form or fashion, what comes next.

Now, I’m not a detail plotter. I plot the big picture. The Hero’s Journey. I know my story’s beginning, middle, and end.

The times when I’ve become stuck, as I mentioned above, happened when I:

B. Made a wrong turn I just hadn’t recognized yet

I write mysteries, so I know who the sleuth is, who the victim is, why that person died, and several possible scenarios to explain the death.

A lot of the in-between stuff, for me, is organic. It does come to me as I write. I call it ‘brain writing’, because for me, it’s another way of thinking.

But the big picture? I know have that roadmap so I always know what is going to happen—at least in a broad sense.

I start every new project (book) with a skeleton outline, at the very least. If you don’t have some semblance of a story outline, you’re bound to run into moments where you throw up your hands in despair. The dreaded writer’s block has set in!

I believe writer’s block is a myth. Writing is work. Hard work. But if you are stuck, these six tips may help you get unstuck.

1. WRITING HABITS. First of all, take a look at your writing habits (or lack thereof). Do you have a consistent time you write? Or do you set a daily word goal for yourself? It’s easy to say: “I’ll start tomorrow” or “I don’t have time during the week, but just wait till the weekend”, except tomorrow brings with it new obstacles, and the weekend gets filled with other activities.

So, again, take a look at your writing habits. Do you have any? Are you sticking to them? Because gaining momentum in a story comes from writing consistently.

If you don’t have any solid writing habits, make some. Set that daily word goal. Or commit to writing 1 hour every day, or 3 hours a week. Whatever you decide, make it achievable. You don’t want to set yourself up for failure.

But make some goals and stop procrastinating.

If you want to write, you have to sit down and write. Period.

2. FRONT LOAD THE WORK. Even if you’re not a plotter, dedicate some time to thinking and planning. Having a roadmap for your project will keep you on track, and can go a long way in preventing those moments when you just don’t know what to write next.

3. NOTHING’S PERFECT THE FIRST TIME. Get rid of the idea that what you write has to be perfect. As Nora Roberts famously said, “You can’t edit a blank page.”

It’s true. Editing is a wonderful thing, especially given the advent of the computer. Can you imagine what writing and editing was like for Shakespeare? Or Jane Austin? Or John Steinbeck? Or even Stephen King in the early days! The mere idea blows my mind.

Y’all, we have it EASY. We have computers and word docs where we can cut and paste and move and easily replace or modify. So just get the words down and worry about fixing them later.

One of the best tips I got early on was to give myself permission to write crap. I did. I do. And you know what? Everything is fixable.

4. KEEP WRITING. When I was a middle school language arts teacher, I built free-writing into the daily schedule. The kids had journals (comp books) and they wrote. If they ran out of things to write about, I told them just write the last thing you wrote over and over and over until a new idea sparks.

They did, and those ideas inevitably surfaced. So, even if the ideas aren’t coming, write anyway. Write gibberish. Write a poem. Write a letter from one character to another. Create a new character.

5. NO NEGATIVE SELF-TALK. Get rid of the idea that you’re not good enough. Self-doubt has no place in your writing mind. We’re all good enough to do whatever we set our minds to. Period, the end.

No, but seriously, we can learn anything; we can improve at anything. Writing is like anything else. It takes practice.

So throw away that negative self-talk. If you have a moment where you think you can’t do it, remind yourself that Nora Roberts had young kids to raise, and she had to make a living. She wrote.

Janet Evanovich was 51 when the first Stephanie Plum book, One for the Money, came out.

John Grisham sold his first book out of his car because no publisher wanted it.

Just think, what would the reading community be like without these people and their books? They persevered in the face of self-doubt and rejection. Because you can do it!

6. GIVE YOURSELF PERMISSION TO JUMP AROUND. I didn’t realize I could do this until I started using Scrivener. This writing program, built for writers, is structured in a way that took away the need for my writing to be linear. I can write out of order. I can work on character development. I can brainstorm. I can do any number of things to keep me moving forward, even if I am not sure what actually comes next.

Forcing yourself to write your story linearly can be stifling, so free yourself by writing out of order.

The bottom line is that writers have to write. And wherever you are in your writing journey, you ARE a writer. Writer’s block is nothing more than a myth—a construct created to explain the hard work fo writing when things don’t come easily.

Heed the tips above and don’t give into writer’s block. Instead, tell yourself, “Hey! Just keep going. This is temporary. Just sit down and keep writing.”six