writerspark Posted on March 2, 2022 Posted in Blog No Comments 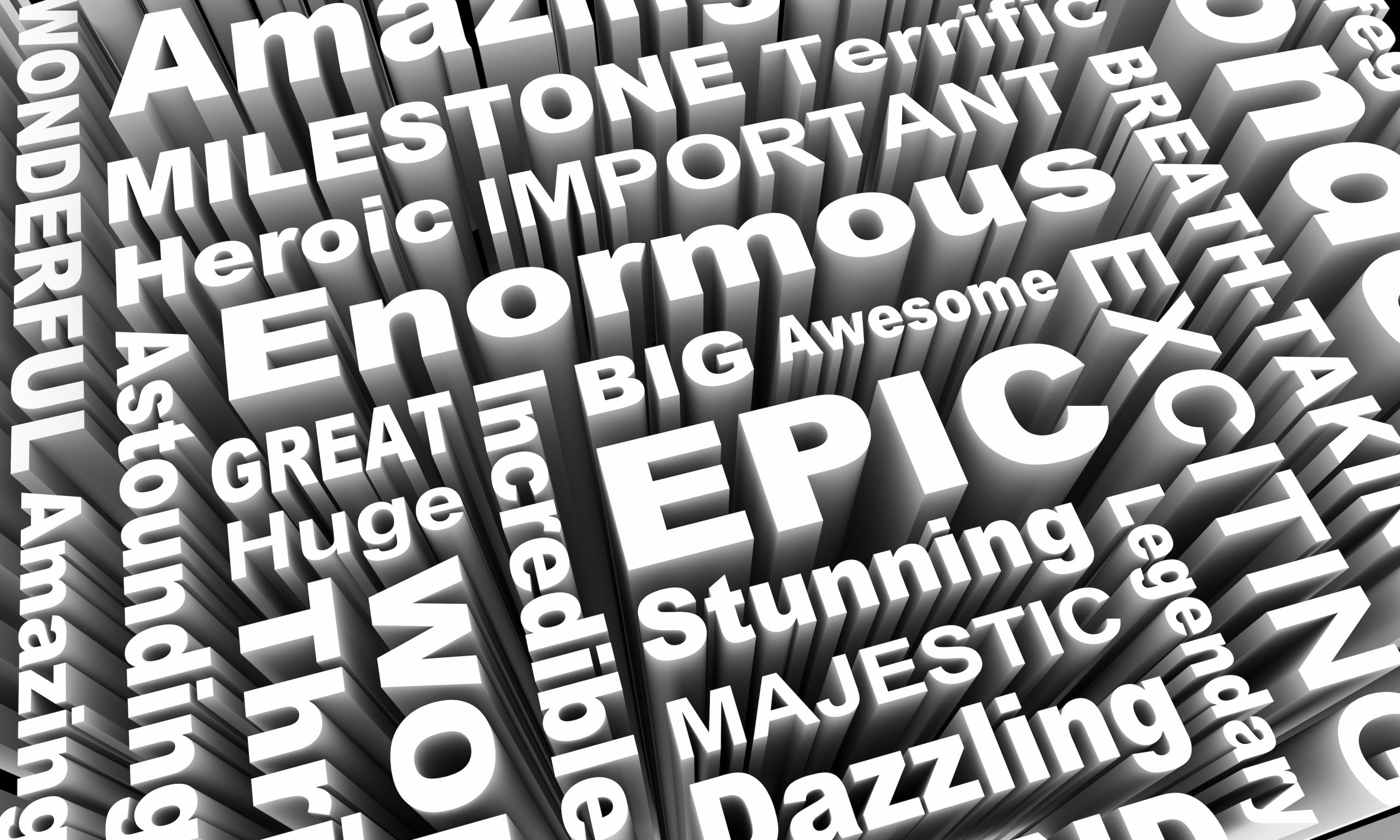 I was an English major in college, and I taught English/Language Arts for a lot of years. One thing I realized early on is that, although I had to take a linguistics class, I have absolutely no need to understand how to diagram a sentence.

I appreciate grammar, and I cringe when it’s not used properly. I applaud those who love grammar.

At the date of this post, I’ve written and published 26 books. And do you know what? I didn’t know what an appositive was until I had to teach it in my 7th grade Language Arts class.

There are many parts of grammar we just don’t need to know on a conscious level.

But—because there is always a but—there are some that we do.

Simply put, they can help make our writing so much stronger.

First let’s define ADJECTIVE. What does it do in a sentence?

An adjective has one purpose. It modifies the noun. That means it gives deeper meaning to the noun by adding information to it.

Did you know there are actually eight types of adjectives?

Now that you know what they are, my guess is you want a quick explanation. Maybe not, but I did when I first learned about them so here we go:

Descriptive: modifies the noun by describing something about it.

Ex: The gritty sand is rough on my feet.

Demonstrative: modifies the noun by demonstrating something about it, specifically the position of the noun.

Ex: This book is awesome.

These shoes are too small.

Distributive: modifies a group as represented by a singular noun. In the examples below, ‘book’, ‘cookie’, and ‘shoe’ are plural, referring to more than one.

Ex: Each book is a page-turner.

Interrogative: These adjectives form questions; the adjective itself is directly correlated to the noun.

Ex: What bookstore do you want to visit?

Whose car shall we take?

Which of the magazines will you buy?

Numeral: modifies the noun numerically. It states how many of the nouns from the sentence are in play.

Ex: There are three bookstores in town.

Take the third exit to get to the bookstore.

All my money will go to books.

Possessive: Shows possession of the noun; it is also a possessive pronoun.

Come with me in my car to the bookstore.

Is it true your book is on sale right now?

Proper: Part of a proper noun. It needs to be capitalized because of this.

Indian and Thai curries are my favorites.

Quantitative: Like the numeral adjective, the quantitative explains the noun by quantity. Quantitative overlaps with numeral when using numbers. Quantitative, however, also includes words like:

And there you have it. The eight types of adjectives.

Now that you are an adjective expert (don’t worry if you promptly forget all the different types the second you close this page–I will), the truth is, all you really need to think about is the descriptive adjective. So let’s go a little deeper into that.

As mentioned above, a descriptive adjective modifies a noun through…you guessed it…description.

Three adjectives in a row!

So, adjectives are describing words. They show us something, which is why, when I talk about showing versus telling, I place emphasis on descriptive adjectives. As a writer, they are your best friend. They help you paint a picture for the reader.

Think about these two sentences:

The moon is bright in the sky.

The crescent moon glimmers in the inky sky.

The second sentence gives more detail so the reader can see it in their mind. Those descriptive adjectives create imagery.

I love the epic poem, The Highway Man,  by Alfred Noyes. I’ve taught it a million times. It is a great poem to use when discussing adjectives and figurative language.

‘The moon was a ghostly galleon…’

This is a metaphor, which in itself creates wonderful imagery. The moon compared to a galleon is evocative. Adding the adjective ‘ghostly’ creates tone and mood.

Here’s the first stanza with the adjectives italicized:

The wind was a torrent of darkness among the gusty trees.

The moon was a ghostly galleon tossed upon cloudy seas.

The road was a ribbon of moonlight over the purple moor,

And the highwayman came riding—

The highwayman came riding, up to the old inn-door.

Five adjectives pull some heavy weight in these lines. They, along with the metaphors, create a haunting scene.

Look at this stanza from The Highwayman:

Where Tim the ostler listened. His face was white and peaked.

His eyes were hollows of madness, his hair like mouldy hay,

Look what happens if we change remove the adjectives:

And in the inn-yard a stable-wicket creaked

Where Tim the ostler listened.

His eyes were hollows of madness, his hair like hay,

It’s lacking the power, the mood, and the haunting tone of the actual stanza. The adjectives give SO much to the few lines.

Where Tim the ostler listened. His face was blushed and streaked.

His eyes were hollows of madness, his hair like yellow hay,

Changing the adjectives alters the entire tone of the stanza. A few things keep it on the dark side (‘his eyes were hollows of madness’), but the adjectives zap the power from the lines.

Adjectives matter. They matter a lot!

Coming up we’ll take a look at adjectives in the wild. I’ll pull short excerpts from books and will highlight the wonderful way great authors use adjectives to make their writing come alive.

Download the WriterSpark list of 361 Descriptive Adjectives from WriterSparkand use them to help make your writing come alive on the page.