What are 6 Tips for Writing a Killer Scene? 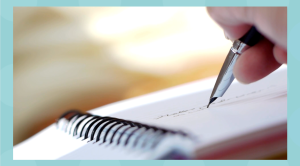 What makes a book a page-turner? It’s easy to say it is the plot and the characters that keep readers turning the pages. That is definitely part of it, but when you really think about it, it’s the killer scenes, one after another after another that make a story compelling. The end of one scene draws the reader into the next scene. That doesn’t happen by accident. A good writer knows the elements of a scene and how to construct it to keep the reader engaged and turning the page. Here I have 6 Tips for Writing a Killer Scene.

First, what is a SCENE? You have to understand what something is before you can really get better at it. So let’s take a look at the definition: 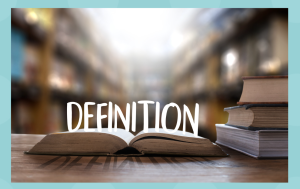 A story unit containing a single and continuous dramatic action.

Okay. Easy enough.  Or is it? It is when you really dig and analyze the parts of a scene that it becomes clear what that definition means. That’s what we’re doing here.  Below are 6 Tips for Writing Killer Scenes.

1. UNDERSTAND THE ELEMENTS OF A SCENE

Scenes are grounded with specific elements. These combine to make a scene that really engages the reader.

❖ Time: the scene is firmly grounded in time. Switching time means you should probably create a new scene.

❖ A main concept/idea/action: In a mystery, the process of discovering a clue takes place in a single scene. The discovery of another clue deserves its own scene.

❖ character(s): Each scene should have limited characters (static and/or dynamic). Too many can overwhelm the reader. Introduce a new character in a new scene.

❖ Theme (a unifying subject or idea of a story): A story can have multiple themes. Usually one rises to the top. As you build themes, focus on an individual one in a single scene. Let your reader process.

❖ Motif (a recurring element that has symbolic significance in a story): Bring motifs in sparingly. A motif should generally appear only once in a single scene, and then brought in again in a different scene. You don’t want to be heavy-handed with this. Work with the reader’s subconscious.

2. UNDERSTAND THE PURPOSE OF A SCENE

But…a scene must also have a purpose. It needs to do one of the following (either for the internal or external conflict of the POV character):

❖ Introduce a complication to an existing problem

3. LEARN HOW TO CREATE PURPOSE IN A SCENE

Now that you know your scene’s purpose, think about the different ways your scene can live up to that purpose. It can do any of these things, singly or in combination:

❖ Deliver relevant or essential information needed by the protagonist

❖ Provide comic relief after a scene with lots of tension

❖ Provide a short transition to the sequel

The next thing to think about is the Scene POV. If you are telling a story with multiple points of view, think about the scene you are planning. Decide who has the most to lose or the most at stake.

This is who the scene belongs to!

❖ This person’s presence will dominate the scene

❖ Their attitude and point of view will lead the scene

❖ This person reacts to the conflicts presented, which pushes the story forward

If you are writing from a single point of view (1st or 3rd person), then the answer is obvious. Make sure the single POV character in your story has the most at stake (there are notable exceptions to this. Nick is the narrator of The Great Gatsby. In this way, he is almost omniscient or removed).

Writing a book your readers don’t want to put down means you need to create scenes that build tension, suspense and/or surprise. You build your scene to keep the reader fully engaged and up far too late into the night. They can blame their tiredness the next day on you.

Suspense comes from anticipation (good or bad). We anticipate something horrible is going to happen to our main character when they enter a dark, eerie house alone.

We anticipate the kiss between the hero and heroine.

We anticipate the event or action the characters have been working toward.

You, the author, are promising an exciting development or payoff if the reader sticks around. Leave the scene on the hook, the suspense or tension built, but unfulfilled. This keeps the reader turning the page.

How do you build that anticipation?

Use a cue-delay-fulfillment (payoff) pattern (Think Indiana Jones. We know he fears snakes. That’s our Cue. It has been foreshadowed. Deep down we know he’s going to end up facing some snakes. This is the Delay. It’s coming. Then the snakes do appear. What is Indy going to do? He has to either give into his fear or face it.

Fulfillment: Finally, he escapes, conquering this fear (at least in the moment). (This is also a scene/sequel, which we will cover in a different article.)

What does this anticipation do for the reader?

❖ The audience is cued to some impending action that is then delayed (this is part of a sequence).

❖ The reader is kept hanging and our tension builds.

❖ Then comes the payoff, and the reader can breathe again.

This cue-delay-fulfillment is the bread and butter of suspense, thriller, and horror books and movies. The anticipation of whatever bad thing might happen to the protagonist is continually dangled.

When the reader (or viewer) gets to the payoff, it should be satisfying. You, the author, have fulfilled your promise.

You an also play around with what the audience knows versus what your characters know (in 3rd person).

Stranger Things does this 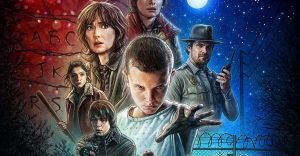 Vecna, the creepy 4th season monster, is going to kill because we have seen character after character meet their demise at his hands (tentacles?) .

Cue: The gang figures out the location of the house where Victor Creel’s family died.

Delay: They go into this dark, eerie house expecting (hoping) to find Vecna. There is a build-up of tension as creepy things happen. They get closer to their goal.

Fulfillment:  The kids don’t quite find him, but they do survive. Phew! A shot of Vecna is revealed to be in the Upside Down.

We want to find out what happens so we keep watching. This is the entire premise behind binge TV.

❖ Much of the reader’s pleasure is derived from anticipation of what a character’s reaction to finding out what we already know.

Try including a surprise- something we don’t expect. Think The Sixth Sense. No one saw that coming. But going back through the scenes, we can identify the clues we missed. They were all there, we just didn’t see them.

Manipulating knowledge is what mystery writers do. They present clues in plain sight, but in such a way that they aren’t obviously clues.

Next, with your scene, think about Pacing:

❖ How quickly should your scene move?

❖ How much dialogue compared to narrative?

Every scene must start somewhere, build to a climax, and have a sense of completion, even if it ends on a hook.

Even when there is fulfillment, end with a Scene Question (disaster). This can be a surprise twist, a reversal of fortune, a subtle question posed, an unexpected visitor, an unresolved element, etc.

❖ Enter the scene late. Don’t show all the monotonous details of real life.

Fiction is real life, made interesting!  For example, skip the bathroom, shower, brushing teeth part of your characters morning. Jump into the day already begun.

There is more to tackle with understanding scene. We’ll be looking at Scene & Sequel next! 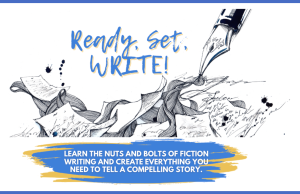 And there you have it. 6 Tips for Writing Killer Scenes. Much of this is intuitive (or will become so with practice).

Get deeper with scene in Ready, Set, WRITE!

*These are my guidelines to writing a scene. There are exceptions to everything, including these elements. Follow your instinct!