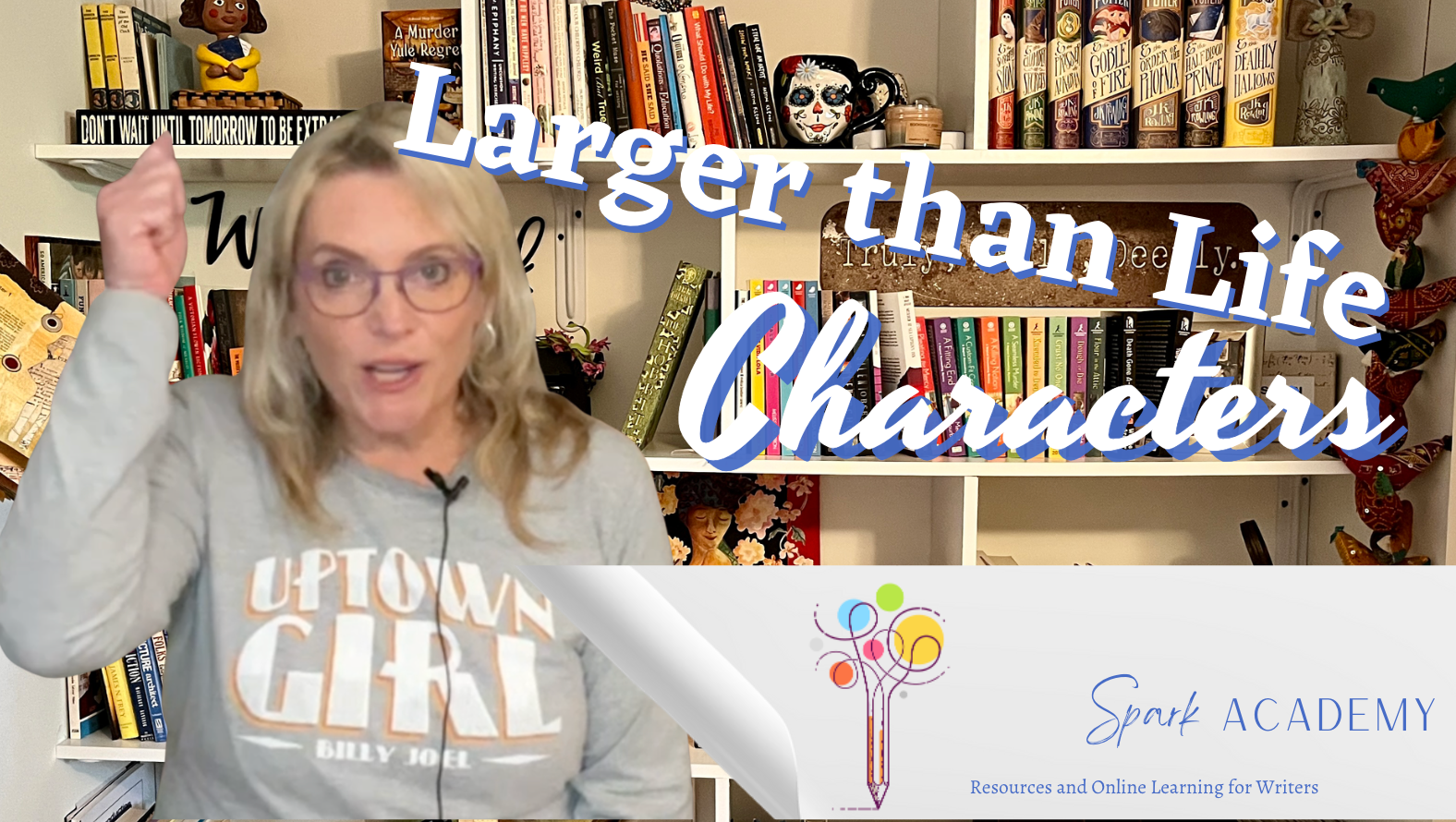 Let’s look at the idea of Larger than Life characters. By definition, these people are perceived as bigger, better, more powerful, more magnetic, having more gravitas, and generally being loved, admired, feared, respected to a greater degree than the normal person.

Unless you are creating a Superhero, I suggest you look at Larger than Life in a different way. Part of what makes the best Larger than Life fictional characters is that they have flaws, warts, fears, and insecurities.

They then face these character traits head on in a way that an ordinary person doesn’t typically do. They act in a way that is exceptional.

Take Scarlett O’Hara. She’s a pampered Southern Belle. She feels she’s deserving of whatever she wants. Mammie dresses her. Her pa dotes on her. The young men around her cherish her. No one expects her to take it upon herself to act in a heroic manner. When faced with the extreme loss brought on by the Civil War, though, that’s just what she does. She vows, with God as her witness, never to be hungry again. This sets her on a path to save Tara—the land her father owned. In this effort, she acts out of character, facing challenges and overcoming obstacles that might crush an ordinary person. She becomes Larger than Life.

Another example is Ender Wiggin. He’s an ordinary kid who is bullied by kids at school and even by his own brother. Yet, he’s choses to go to Battle School and he is trained to be a warrior. Unbeknownst to him, he’s the ‘chosen one’.  Because of his incredible military and tactical skills, he’s groomed to defeat the Buggers. He doesn’t want this role, but he is given it and he ultimately embodies it. The attention—good and bad—is always focused on him. The training he goes through nearly breaks him, but he perseveres. He becomes a leader to his classmates. He defeats the Buggers.

Other excellent examples of Larger than Life characters are:

A few other great examples are:

Each of these characters has flaws. They are far from perfect. But they act in ways that set them apart from everyday people.

When you create the heroes in your stories, think about their greatest fears and insecurities and make them face those very things. The situations in which you put your characters, and the decisions they make are what turns them into Larger than Life people who are unforgettable.