Core Qualities of the Reluctant Hero

What is a reluctant hero?

The answer to that question is very simple. A reluctant hero is someone who does not set out to act heroically, but ends up doing so. They are often considered an “ordinary man (person)” who is a reluctant participant in a story. They don’t want to be heroes, but they end up being heroes anyway. There are several core qualities most compelling reluctant heroes share.

Read on some fun examples.

A reluctant hero tends to be an “every day” person who is forced to leave their ordinary world behind and survive in the new world. That need to survive precipitates heroic behavior.

They do not seek an adventure, one is thrust upon them.

I just finished reading The Nightingale, by Kristin Hannah. First, I love this book! So. Good. 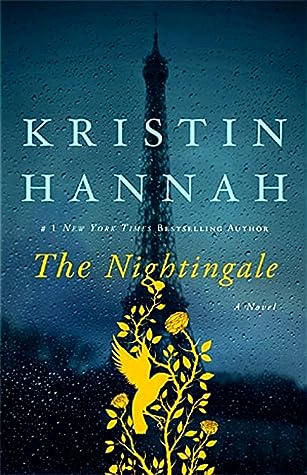 But second, there are two protagonist, and one is the quintessential reluctant hero.

The story takes place in the early 1940s in France. The allies have not yet entered WWII, and the Nazis are invading France.

Vianne and Isabelle are sisters. Vianne’s husband, Antione, heads for the front, and Isabelle falls in love with a man who leaves her to fight the Nazis from inside France. This lights a fire under Isabelle. She becomes determined to do her part in helping the Resistance defeat the Nazis. She is a more traditional hero. She wants to do everything she can to make a difference, and to give her life meaning during very tumultuous times. Her acts are at time foolish, but they are also heroic.

Vianne, on the other hand, is in denial. She thinks the war will be over soon, that her husband will return home to her, and everything will be fine. She finds Isabelle impetuous and infuriating.

Her denial is shattered with the Nazis begin to occupy France. A soldier billets with her and her daughter, Sophie. Vianne’s only…only...concern is to protect her daughter.

This motivation causes her to make a horrible decision that puts her best friend in danger. Over and over, Vianne battles within herself as to what is right, what she should do, and how she and Sophie can survive. She proclaims herself to be weak–not strong like Isabelle.

She is a reluctant hero. Throughout the story, Vianne changes. Bit by bit, she begins to understand what is actually at stake. She experiences the loss of people close to her. When push comes to shove, she does the unthinkable to save her sister. She goes on to survive sexual abuse by another soldier. On and on, her strength is tested. She still sees herself only as a survivor, but she is also a fighter. In the end, she makes a series of monumental choices that are heroic. She never set out to do that. She never wanted that. But the situations she faced left her no other tenable option.

Vianne may be one of my favorite reluctant heroes…ever.

If you haven’t read it (or listened…the audio version is great), I highly recommend it.

Moving on, Han Solo is another classic example of a reluctant hero. While Luke

Skywalker wants to join the rebellion, which automatically puts him on a Hero’s Journey, Han Solo wants the opposite. he wants nothing–and I mean nothing–to do with anything that might put him in danger. he is, first and foremost, a self-centered character.

Nonetheless, circumstances propel him into where he must save the day. So while he did not set out to do anything remotely heroic, he rises above his own selfishness and acts (sometimes still for himself), thereby becoming a hero.

Another great example of a reluctant hero is Ender Wiggin from Orson Scott Card’s Ender’s Game. Ender is 6 years old–in the book, not the movie. He’s  bullied by both is brother, Peter, and by his schoolmates. But, he is a third (a third child born when only two were allowed. This happens because Peter, at first, was thought to possess the qualities necessary to save the world, but his violent tendencies quash that). He is chosen as one of the rare kids to go to Battle School; the stakes for his success are high.

He doesn’t want to go to Battle School. He wants to stay with his parents and his sister, Valentine. But he has no choice, so off he goes. This is the first step in his journey as a reluctant hero.

Once he’s in Battle School, Ender is bullied by the other kids and treated harshly by the commanders. This sets him on a path of survival. He has two choices:

He chooses to fight. In the end, he earns the respect of his classmates and the commanders. he’s heroic even though he did not set out to be.

Conversely, a reluctant hero may be someone who has some special ability(ies) that already make them extraordinary. In the ordinary world, though, they choose not to use them. 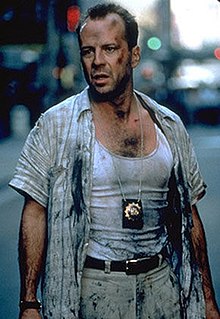 John McClane in Die Hard is a great example of this type of reluctant hero. He’s a cop, but nobody knows he’s a cop. his wife’s sake, he just wants to be ordinary. He keeps this information a secret, especially from the terrorists holding everyone hostage. McClane doesn’t want to face off with Alan Rickman’s character. He just wants to reunite with his wife and kids.

But he is thrust into a situation where he has no choice but to reveal who he is and to use his special skills to fight the bad guys.

Now, these special abilities can certainly be magical or might exist in the superhero world. Deadpool is a good example of a superhero who doesn’t want to be a superhero. For whatever reason, the character in question doesn’t want to use their magic or power, but then is forced to.

Something to note: the reluctant hero differs from the antihero in that the story arc of the former inevitably results in them becoming a true hero. 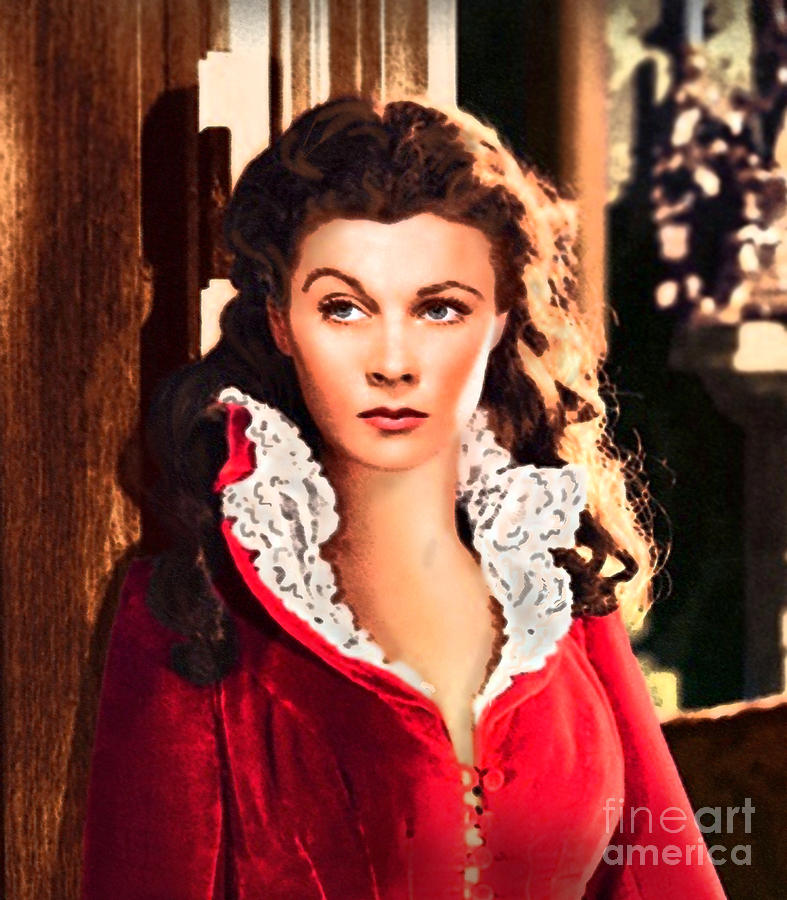 Their character may be such that they come across as an antihero. Is Scarlet O’Hara really a hero? Does she achieve her goals in the end? She’s a reluctant hero–a self-centered woman who wants nothing to do with anything that changes her world. She is easy not to like, yet she embarks on a journey and, at times, acts heroically, so I would consider her to be both a reluctant and antihero.

3 Core Qualities of a Reluctant Hero, plus 2 Bonus “maybe” Qualities

5. They may be selfish/self-centered, which is what initially stops them from acting heroically.

Plenty of people feel the reluctant hero is a common character, but on that, I disagree.

First, you, the author, have the power to make your characters so much more than common. That is what good writers do. Whether you are writing a traditional hero, an antihero, a reluctant hero, or a villain, the main thing to always remember is that every character is the hero of their own journey. They must have growth, otherwise they become static, rather than dynamic, characters.

Sarah Connor is another great example of a reluctant hero. She’s just a mom, but ends up defeating the terminator who has come from the future to kill  her, all to protect her son, John, who is not yet born.

The Reluctant Hero can be the main protagonist of a story (Sarah Connor, Shrek, John McLane), or they can be a supporting character (Han Solo).

You can also have moments of reluctant heroism, so keep that in mind. Samwise Gamgee is a hero in his own right. In many ways Frodo is the reluctant hero. 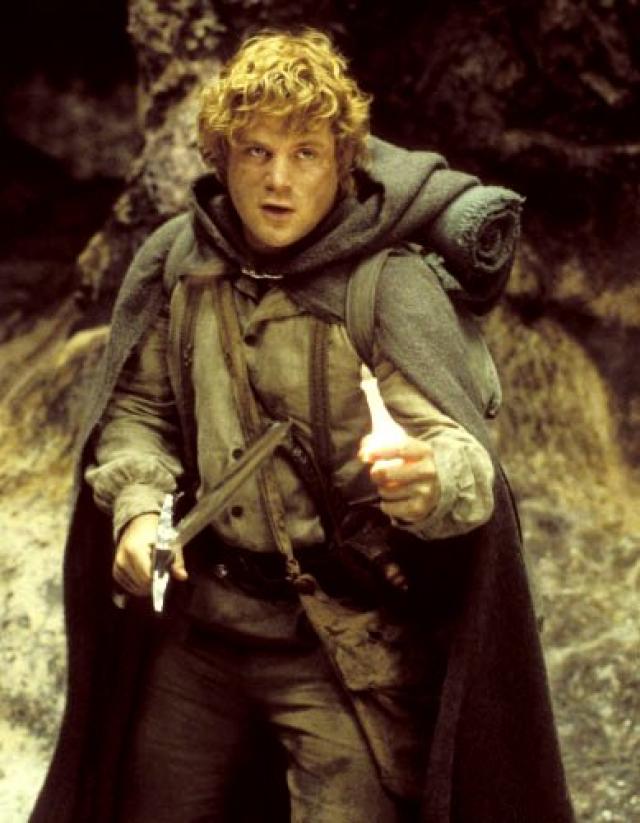 There is one significant moment when Samwise is a reluctant hero. In The Two Towers, after the battle with Shelob, he believes Frodo is dead. He has been Frodo’s protector on Frodo’s journey. Now, although he wasn’t the one charged with returning the ring to Mordor, he feels he must do so. He must complete the mission Frodo wasn’t able to.

A reluctant hero can be an incredibly fun character to write, whether as the protagonist or as a supporting character. Have fun with it! it

Struggling with character development in your writing projects? Hire me as your novel editor and I will help you make your characters jump off the pages.