One of the things I learned early on in my writing career was how to create deep backstory because everything comes down to characters. Without a compelling character, readers are going to go, “So what?”

My husband brings this philosophy to life every few months. It could be a book he’s reading, a TV show we’ve started, or a movie. He’ll put the book down or stop watching the show or film because he says, “I can’t relate to any of the characters. I don’t like them, or I don’t care about them.”

That is one of the most important things to keep in mind as you’re writing. Will readers relate to any of your characters? They have to be able to see themselves in someone.

If not, then you have some work to do. Part of that work boils down to you really understanding your characters on a deeper level than what color their hair, eyes, or skin is, how tall, short, fat, or skinny they are, or anything else that can be observed externally.

It comes down, in great part, to their backstory. What in their past impacted them and helped shape who they are now?

First of all, what is backstory?

Backstory is a compilation of the experiences a character has had in the past, which directly impact who they are now and/or who they will become. Backstory shapes who a character is, influences the decisions they make, both big and small, and informs the types of relationships they have and how they interact with others.

Backstory, in short, is everything.

What is the purpose of backstory?

Great, that’s backstory. So what, then, is deep backstory?

Excellent question! Deep backstory is a more complicated history or past, which, in turn, has had a greater impact on a character.

Good backstory gives the reader a decent idea who the character is, what makes them tick.

Great backstory, though, has far-reaching tentacles that can’t be seen initially, but that reveal themselves over the course of a story.

I am a huge fan of The Hero’s Journey. The hero starts in the ordinary world. After a few stops and starts, they cross the threshold into the new world.

When you apply backstory to the hero of a story, its what life was like in the ordinary world.

Backstory is all the basics that help paint a picture about the hero. It shows what life is like for the hero at the beginning of the story.

With deep backstory, you have to dig much deeper into the details of a character’s life, including stuff they don’t even know about. Throughout the story, these deep emotions and experiences of the past reveal themselves.

Harry lives in a house on Privet Drive with his aunt, uncle, and cousin

His parents are dead

He has a tiny room under the stairs

Deep backstory is established when we discover some of the WHY behind the WHAT:

It’s revealed that Harry is a wizard

We get deeper still when we learn more WHYS, but we don’t have the answers to these. 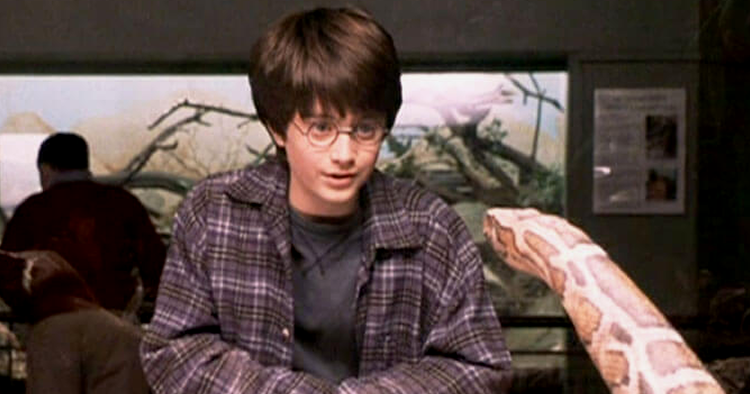 Harry speaks parsletongue (we don’t yet know why, only that he can, but there must be a reason)

Harry has money in Gringots that has been waiting for him (who put it there, and why?)

Everyone knows who he is: The Boy Who Lived (how do they know this?)

That his scar is the mark he bears from Lord Voldemort (how did he survive the attack?)

If you think of backstory like an onion, you can visualize the first layer of the onion being the basics. The next layer gives more information. The layer after that gives even more. Bit by bit, though backstory, we make our way to the center of the onion, or the core of our characters.

For Harry, the more questions that are answered, the more he learns about himself. This is backstory being revealed. Each piece either helps explain something about the way he is or the life he’s lived/living, or it helps shape him moving forward.

Let’s take a quick side trip to Harry’s Aunt Petunia. We see her hate her nephew (WHAT?):

Peeling back a layer (WHY?):

Knowing this gives context to her actions, behaviors, and emotions. 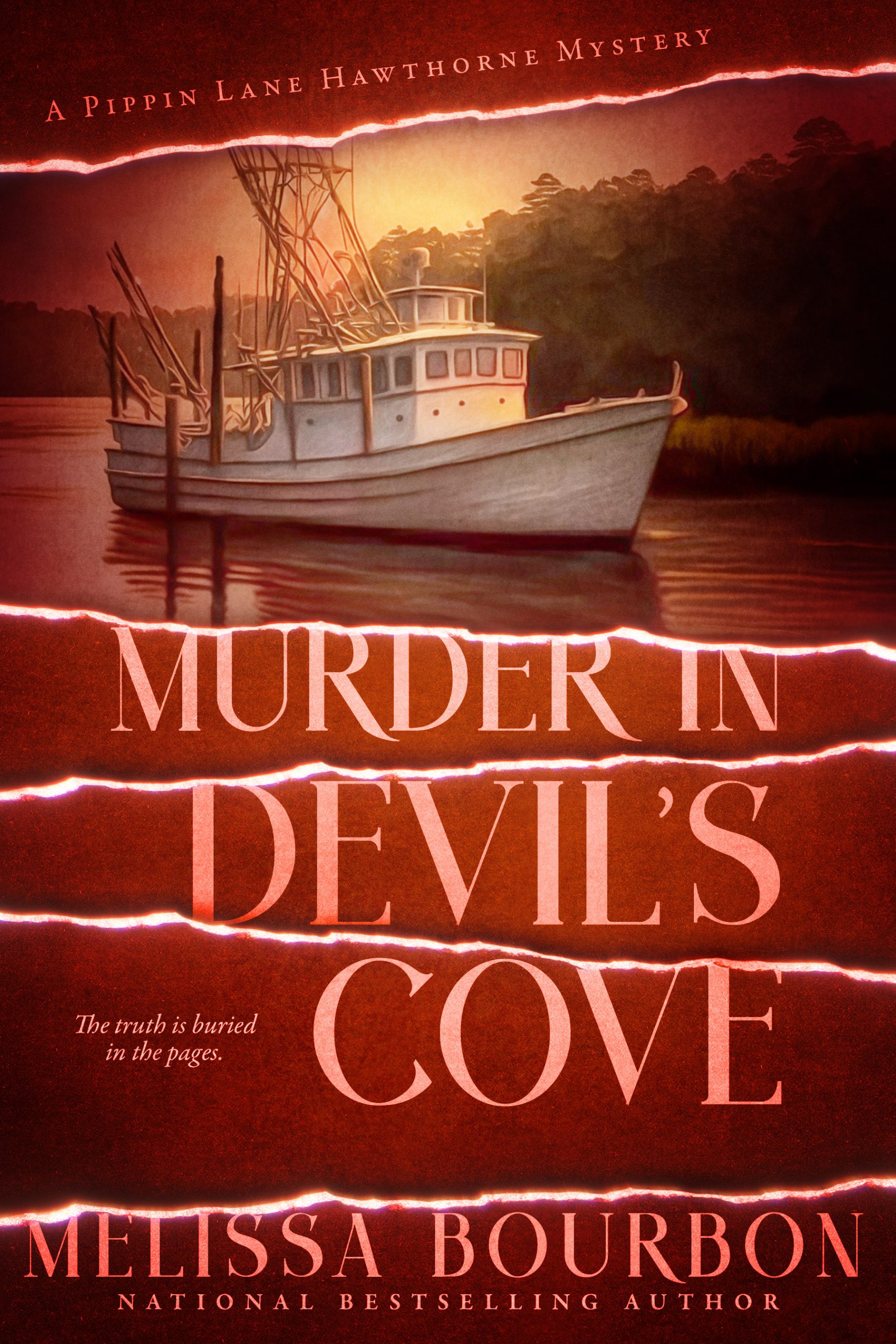 Here is an example from my Book Magic series. The first book is Murder in Devil’s Cove. In this book, I introduce Pippin Lane Hawthorne. Right away, the reader learns a few things about her backstory:

This is what Pippin knows, as well.

As the book progresses, layers of the onion are peeled back and we learn more, right alongside Pippin:

As you are developing your character’s backstories, there are a few things to ask yourself:

How does the character’s basic backstory affect their life when the story begins?

What impact does this basic backstory have on his/her ordinary life?

What about other ways the backstory has impacted the hero? Financially, psychologically, physical health, friendships, familial relationships?

Now, as you get deeper, think about triggers. What might trigger a hidden layer of the character’s backstory? 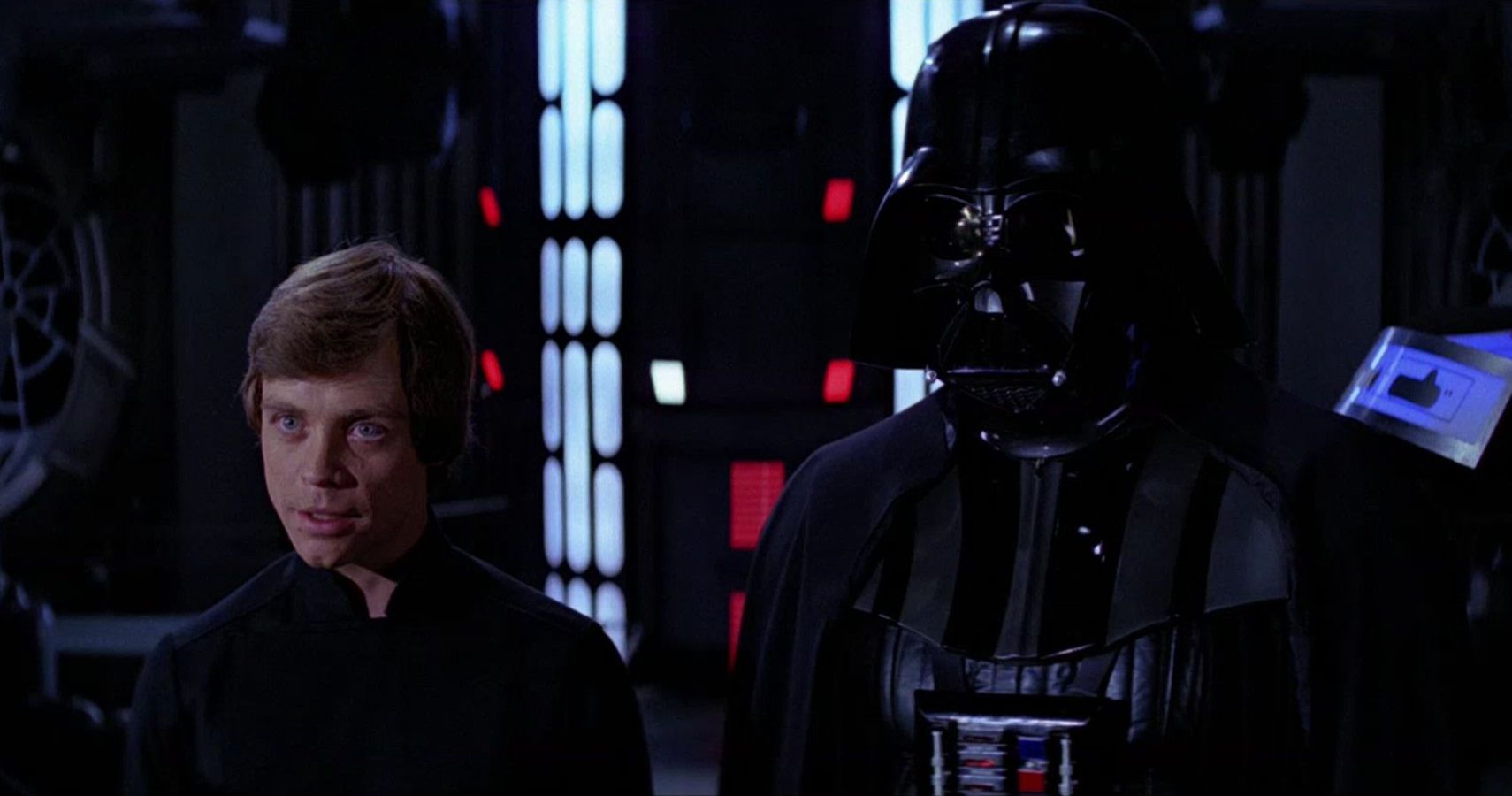 How have past events impacted current decision-making? Look at Luke Skywalker. He lives with his aunt and uncle. Luke wants to be a Jedi like his father, Anakin, was. He wants to join the rebellion, but his aunt and uncle have no one else. He feels obligated to stay with them, thereby denying his own desire. This is a huge internal struggle for him, completely based on his backstory.

1. Make your hero want something big

2. What from the past stops them from immediately achieving this desire?

3. What is the emotional impact?

4. What do they not know about their past that will affect their future?

1. Luke wants to join the rebellion to become a Jedi.

2. He feels obligated to stay with his aunt and uncle on Tatooine.

3. He feels frustrated and stuck because he can’t do his part to fight with the Rebel Alliance against the Galactic Empire.

4. He learns that his father was a Jedi who was killed by Darth Vadar. This makes his desire to be a Jedi far more personal.

5. Later, when he realizes Darth Vadar is his father, his conflict is immense. How can he fight his father? Instead, he surrenders to him to try to bring him back from the dark side. In the end, he succeeds in helping Anakin Skywalker redeem himself. This entire storyline stems from Luke’s backstory, of which he was completely unaware at the beginning.

The WHAT is backstory your character knows about.

The WHY is deeper backstory, which gets revealed over time. It explains why the character is or feels as they do, and/or informs future actions and decisions.

In each of these scenarios, answer the WHAT (backstory) and the WHY (deep backstory). The WHY (or part of it), however, is unknown to the character and will be revealed later when that onion layer is peeled back.

What does he/she find soothing or comforting? WHY is this comforting?

What makes him/her angry? WHY is this an anger trigger?

What brings him/her joy? WHY does this bring joy?

Think about MEMORY. What is a hidden memory? What is an external act that triggers that memory and brings it to the surface?

Next, think about mistakes the hero made in the past.

Now, if you have them repeat this mistake, WHY does he/she repeat it? Is there something they’re not aware of in their past that triggers this mistake?

Ultimately, your character’s growth comes from how they learn to move past this and stop making this mistake.

Come up with three pieces of backstory that you can parcel out over time.

What will make these pieces of backstory surface?

An example from my Book Magic series:

WHY: People she loves die: her mother, father, grandparents. This is psychological. She isn’t aware that this is why she is the way she is. As opportunities for new friendships present themselves, the layers of Pippin’s past peel back. One such layer is the surfacing of a memory of playing on the beach with Daisy. Daisy is an old friend who is now back in Pippin’s present. This creates a bridge between a past friendship and a potentially new one.

The reader gets to see the memory and Pippin’s associated emotions. This reveals deep backstory to the reader.

A character’s deep backstory impacts their emotions, thoughts, behaviors, and actions in ways that are not identifiable or recognizable. As you create your own characters’ backstories, this is your starting point.

1. What are the surface reasons they do the things they do, feel the way they feel, act like they do, etc.?

2. What are the hidden reasons behind these same actions and feelings? This is your deep backstory.